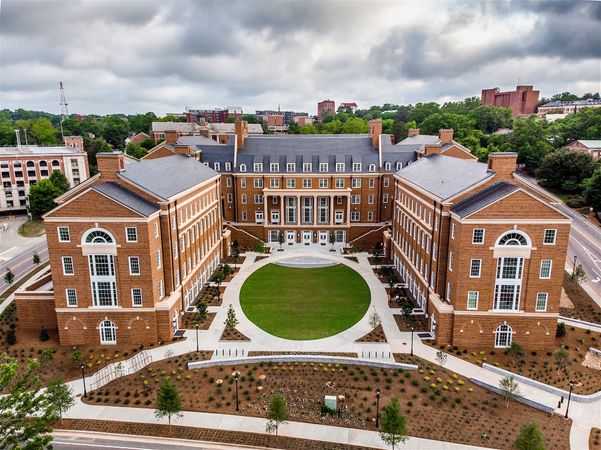 On 27th January 1785, the General Assembly established the University of Georgia (UGA) through an act. It is the country's first state-funded university. The first group of UGA students graduated in 1804. The university was put under the authority of University System of Georgia in 1931. The masters, baccalaureate, doctoral and specialist degrees awarded by the university are recognized by the Southern Association of Colleges and Schools Commission on Colleges (SACSCOC). Currently, the university has seventeen schools and colleges which carry on the programs of research and teaching.
Located in downtown Athens, the main campus or the North Campus of UGA is spread across 762 acres and encompasses 465 buildings. North Campus of the university comprises Historic buildings such as the main library, old college, and the Chapel are used as offices, classrooms, event spaces, etc. Apart from the Athens campus, UGA possesses 39,743 acres in 31 counties of Georgia.
The South Campus is home to the university's many colleges and schools along with athletic facilities such as Butts-Mehre Heritage Hall, Stegman Coliseum, a sports museum, and Athletic Association. The Central Campus is the busiest campus and houses the university bookstore, Tate Student Centre and Miller Learning Centre. The East Campus has the student recreation centre, the visual and performing arts buildings, health centre, residence halls, a dining facility and the Georgia Museum of Art. Health Sciences Campus houses College of Public Health which includes four auxiliary divisions; UGA's Gwinnett, UGA's Griffin, UGA's Tifton and UGA's Terry College of Business.

ADVANTAGES TO STUDY IN GEORGIA FOR INDIAN STUDENTS